Word of the Month for October is: Courage 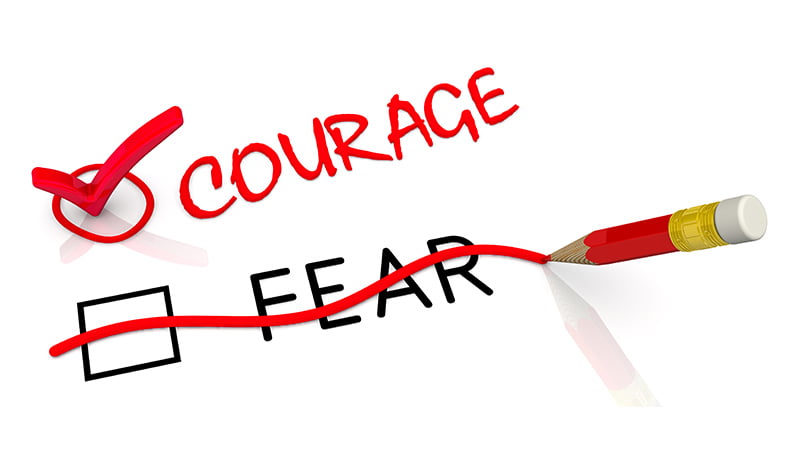 Aristotle, an Ancient Greek Philosopher said, “Courage is the most important virtue because it guarantees all the others.” Without the courage to stand up to injustice, a person’s concern for fairness does little good to others. It’s only when we stand up for what’s right in difficult circumstances that we can really make a difference.

In the martial arts world there is a Japanese term for the many codes of honour and ideals that dictated the Samurai way of life. These Japanese Samurai Warriors followed what is known as the Bushido Code. The word Bushido comes from the Japanese roots “bushi” meaning “warrior,” and “do” meaning “path” or “way.” Literally, then, it can be translated as the “way of the warrior.”

At Bernardo Karate, we believe that knowing the difference between right and wrong is not always enough. We try to teach our students that we should not only do what is right but that we should have the courage to do the right thing and not just do what people think we should do.

For us at Bernardo Karate, courage also means trying new things even if they scare us. John Wayne said it best; “Courage is being scared to death, but saddling up anyway.” And like most skills, we know that courage can be honed and increased through regular practice in every karate class. That’s one of the ways we help students become brave and courageous; by teaching them to push through their limits and improve themselves every day. We also teach that being courageous requires knowledge and wisdom. We don’t put ourselves in harm’s way or making rash decisions just to prove we are courageous and fearless. Through our martial arts training, we become more disciplined. We don’t act on impulses. We use the values and morals we are taught to exercise courage in a responsible manner.

“Everyone that comes to Bernardo Karate takes the first step in showing us their courage,” Sensei Tammy Bernardo, Co-owner and Instructor at our Oxford Street dojo explains, adding, “it can be quite daunting to launch yourself into a new endeavour like karate. It’s also completely normal to feel intimidated or afraid as you pursue your goals and dreams. Simply walking in and starting as a white belt, doing something that’s well outside most people’s comfort zone is already a strong display of courage.” Sensei Tammy adds, “Our Instructors remind new students all the time that every Black Belt started out as a white belt. They were all white belts who showed courage and never gave up.”

Our Bernardo Karate programs are designed to help students push, develop and progress at their own pace. As new students learn their first basic steps as white belts, we work hard with them to develop courage and the skills and ability to confront these challenges head-on. Building up courage is very empowering. Building up courage strengthens your ability to face your fears. This is definitely a skill set everyone needs to develop in order to be successful in life. Every student, including our Black Belt Instructors, are always encouraged to improve their skills, learn new things and reach for goals they thought were well beyond their capabilities.

Bernardo Karate & Cardio Kickboxing strongly believes in developing the character of our students along with the martial arts skills we teach them. The Striving for Excellence character development program was developed with over 30 years experience in teaching children respect, confidence and self-discipline. Striving for Excellence gives our members the opportunity to discuss, practice, and apply character development traits in their lives.